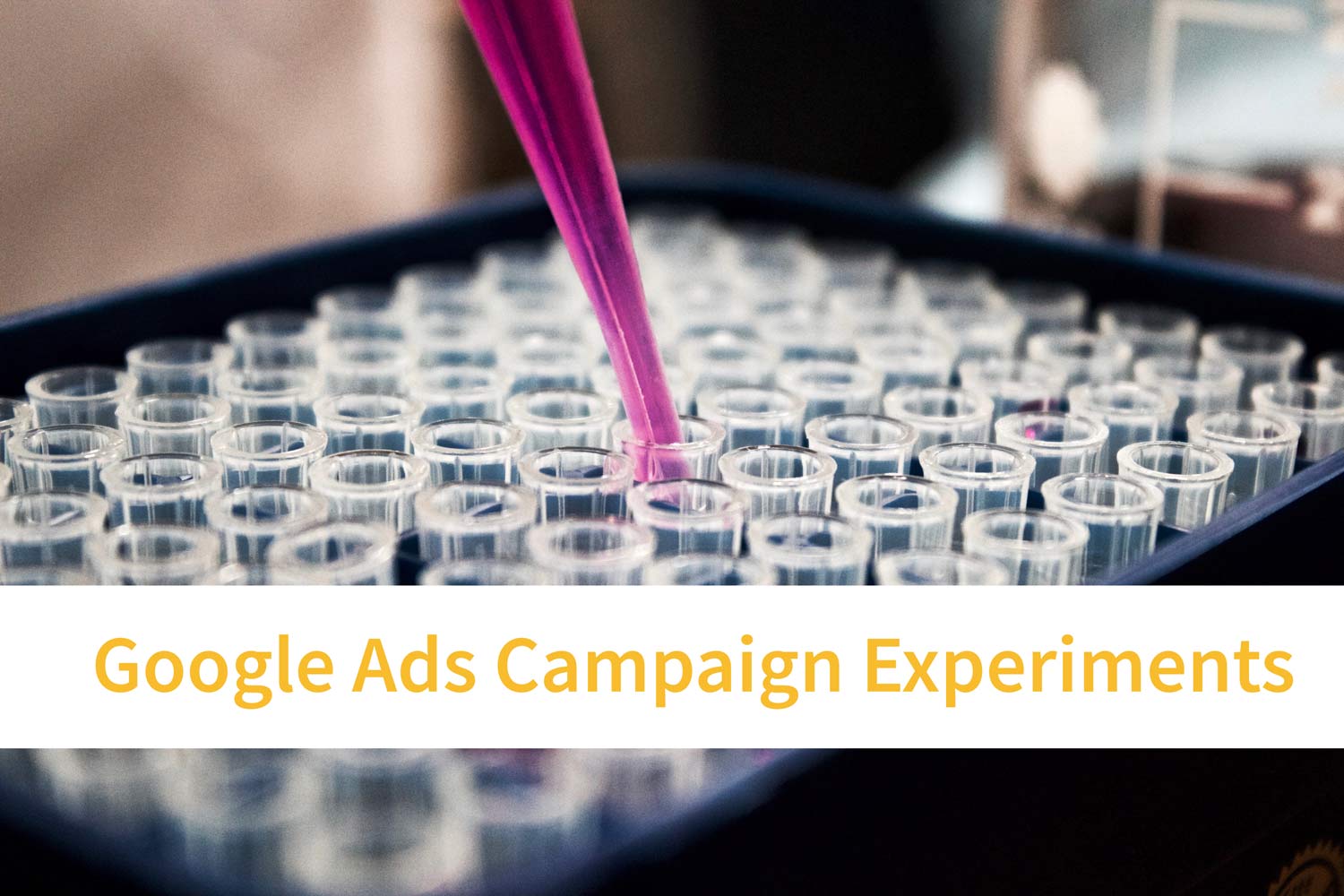 What are Google Ads Campaign Experiments and Why Use Them?

In this video, I explain how to setup and use campaign experiments.

What are Google Ads Experiments?

Simply put, Google Ads’ campaign experiments let you create a clone of a current campaign, change the settings in the new clone and compare it to the existing campaign.

All of this can also be done without using experiments, but using the experiment feature has several advantages.

Personally, I like using experiments because they give me a systemised way to compare campaign changes. I manage multiple Google ads accounts and having the extra clarity and information makes experiments one of my go-to PPC tools. 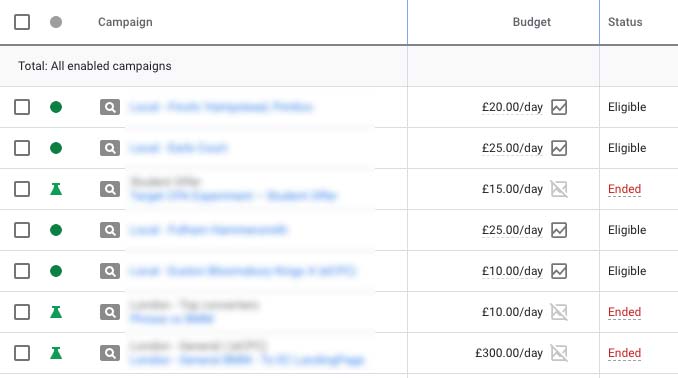 The "play" like icon shows experiments. The ability to easily compare experiments vs original campaigns, as well as view experiment launch dates, make my life as a Google Ads consultant that much easier.

What Can You Test with a Google Ads Campaign Experiment?

Pretty much anything. Any change that can be made to Google Ads campaigns can be tested with campaign experiments. Of course, it’s wise to test one change at a time. You can only run experiments on Search and Display campaigns. I mainly use them for search campaigns. Here are some of the variations I’ve been testing on Google Ads accounts that I manage.

You could argue that landing pages and different ads can be tested within an ad group, but I often find they don’t get equal impressions or clicks as Google often favours certain ads. 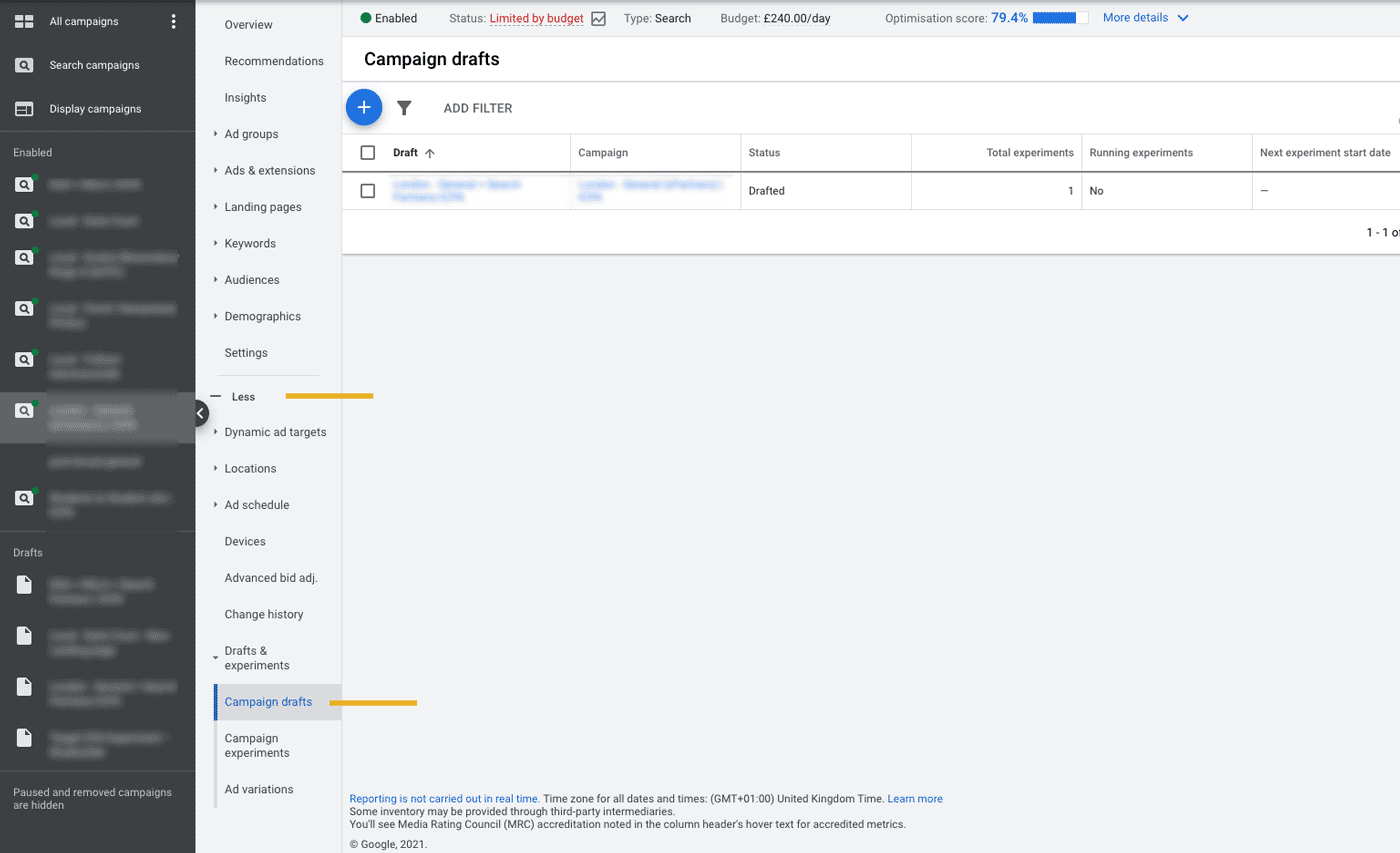 Before you launch a campaign experiment in Google Ads, you need to create a draft campaign. This is where you will make changes to your campaign. You can go through the draft’s settings, keywords, ads and other tabs, just like you would with your normal campaign. Drafts can be applied directly to the campaign you’re in, or they can be made into an experiment for testing.

*Important - Name your drafts and experiments in a meaningful way. I always copy the original campaign name and change or add the setting I’ve tweaked to the name.

Once you’re happy with your new draft’s set-up, head over to the experiment tab. Here, you can create a new experiment. Clicking the + icon prompts you to select a draft. You’ll be converting the draft into an experiment. You can choose your traffic split.

Note about traffic split - I have found that some experiment campaigns to not split the traffic as expected. I’ve never seen an experiment take more than the allocated budget but I have seen them taking less traffic. I recommend checking up on new experiments to make sure they are being served as expected. 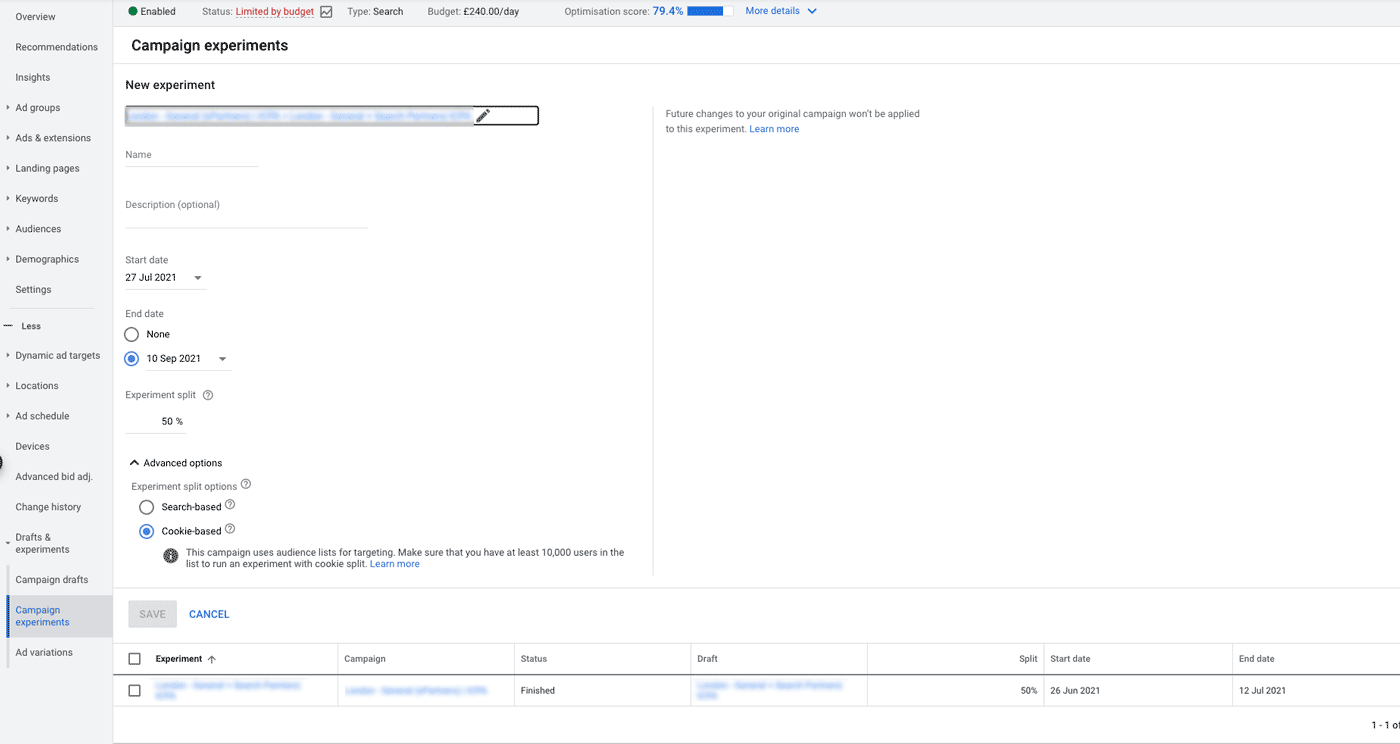 You need to select a draft to launch a Google ads campaign experiment. You'll then be prompted to choose a traffic split.

I recommend arranging the rows by campaign name to easily see original campaigns next to their experiment for a quick comparison.

Once you have enough data to make a decision you have two options.

In this example, the experiment has already been ended. You can still choose to apply it and you can view the dates and performance stats. In this case, I trialled adding search partners to a campaign. The cost per click was higher so I ended the experiment without applying.

Campaign experiments in Google Ads give you a systemised method to test changes and improvements and compare them to the original campaign. They are easy to set up and they make tracking these A/B tests very easy within your campaign reports. There’s not a lot not to like about campaign experiments. They’re currently only available for search and display campaigns and it would be great to see them rolled out for other campaign types (just in case you’re reading this Google).

I am a Google Ads consultant work international from London, UK. I also run a digital marketing agency, EffectiveMarketing.uk. I manage and optimise PPC accounts for lead generation and online sales. When I'm not working, I'm a father of two, a cleaner, cook and chauffeur. If you need help with managing your Google Ads account I can probably make a big difference. Get in touch, and I'll be glad to have a look and help. 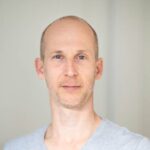